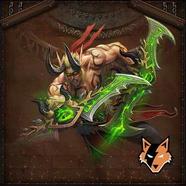 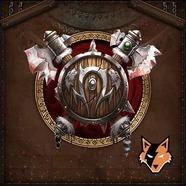 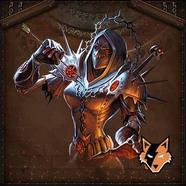 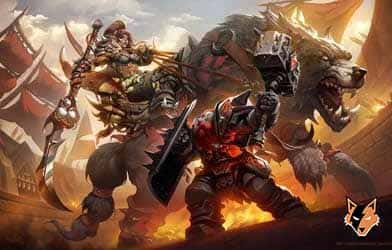 Arena rating boost (carry) is common name for group of PvP services with similar features. Times when duelists were ready to laugh in face of death and enter battle just to pretend on glory have been finished. Great warriors accepted own destiny and died in combat under voices of crowd. Community required new heroes, but players canceled invitations and left dueler's guild location. However, new WoW arena rating system of ranked fights have much more benefits for champions and 86% of challengers agreed to take part in confrontation. Current category was created to guide characters in the battle. It includes knowledge from Arena Rating Boost 2v2 and tips of another confrontations. Do not lose your chance to obtain 2000/2200/2400 rated point and select the most suitable service on Foxstore to get guarantee result!

World of Warcraft has millions of followers. Players make game better with own hands and wishes. But how thousands of Alliance and Horde citizens should live in peace on few mainlands? Kingdoms intend to pursue the objectives and combat between sides are inevitable. Because of this Foxstore usually offer wow arena coaching to customers but professional heroes with 2200+ experience prefere buy wow arena rating boost to prepare daggers, swords, maces and magic. First acquaintance with PvP is successful just for 1 person from 10. Other 9/10 warriors meet undesirable consequences and PvP turns in journey to graveyard.

Release of BFA expansion gave opportunities to community. Let yourself become happy owner of PvP achievements! If your goal is elite gear, enchant or mount — you are in the right category to buy arena rating carry. It is piloted carry and Foxstore guarantee safety of account meanwhile service. Available on Alliance and Horde. Characters must have level 120, 340+ equipment and 15+ traits in necklace.

Massive attacks on locations were out of control and both sides agreed to move it on neutral territories of battlegrounds and skirmishes. Warriors have built community with specific range of interests, where champions of all races fight for glory and prestige till last breath. Admission to dueler's guild is free and everyone can pretend on Rank 1 Gladiator title. But this place does not forgive accidental visits and once stranger crossed the threshold of amphitheater — his life changed. Challengers must take some blood to leave these walls. But there is no honor in killing newbie person in coliseum. Assassins created underground squads to offer 2v2 and 3v3 self play arena rating boost and trade knowledge on gold. This guide includes useful knowledge to form guide of Warcraft. Foxstore has saved secrets of expansions to share it with customers and provide the most suitable service.