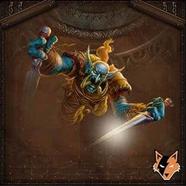 What is RBG Rating boost service?

Zones of Eastern Kingdoms are full of danger, so prepare to take hits from 3 to 5 assassins. Regular deaths and journeys on graveyard bring no fun to victims, and people start to hate PvP or enter server with feeling of revenge. But how should character act against group? Face the problem with RBG Rating Boost and use hand of judgment to restore balance of justice.

Fast Rated Battleground carry in selfplay or account share modes might be interesting for persons with weak abilities and gear. Competitive gladiators have proved synergy of classes and will take care about composition to surpass competitors. Static provides wow carry service 2014 and finished 1231 orders.