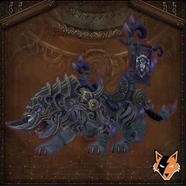 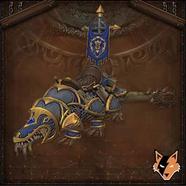 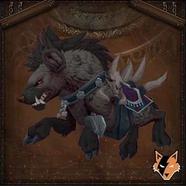 Current term represents collection of trophies and general name for 60+ positions in item list. PvP Mounts have become an integral part of World of Warcraft game since 2004 year and motivates players to gather groups, spend over 20+ hours per day on battleground farm, organize raids on enemy cities or slay over 10000 soldiers of opposite faction. These rewards underline rank of challenger in confrontation against another duelists.

How to get WoW PvP mounts?

How to get BFA PvP mounts?

Battle for Azeroth system let champions turn off PvP mode in World of Warcraft capitals to avoid risks of being killed from hands of opposite character. To start from you should travel in main city of own faction and use war mode for obtaining access to outdoor fights. Find people with similar interests and act as group to increase common chances on success.

Where to buy PvP mounts?

You can buy WoW PvP mounts boost from quartermasters of Stormwind and Orgrimmar cities. Alliance heroes have Lieutenant Karter in the Old Town — the eastern part of Stormwind. Horde soldiers will find quartermaster Raider Bork in Orgrimmar on the left side of guild bank building.