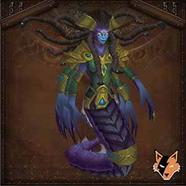 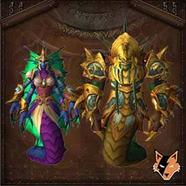 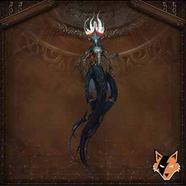 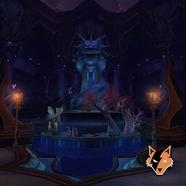 Launching of World of Warcraft: Battle for Azeroth [PATCH 8.2: Rise of Azshara] gives heroes a chance to explore two new zones. The first one is the center of the Mechagnomes which is called Mechagon. Here, at this territory, there is a dungeon suitable for 5 people. The other zone at which champions can enter the huge Azshara’s Eternal Palace raid is called Nazjatar. Nazjatar is the capital of the Naga. In order to get these raids completed, you may use our services: Azshara palace gear boost, AEP loot run, Mechagon dungeon boost or others. With this you will benefit as new special options will be opened.

Going to new lands is exciting. Especially, because when you travel to new territories, you can go exploring new history and cultures. Can see animals and plants unseen by you before. Besides that, plenty of new BFA items, recipes and pets are waiting for you in Azshara’s palace (Lightless Ambusher, Nameless Octopode, Zanj’ir Poker, Mindlost Bloodfrenzy).

With Rise of Azshara those soldiers who don’t prefer walking will get new exceptional WoW Mounts. When the patch is launched, Azeroth’ inhabitants will get an easier access to fly. All that is needed is purchasing a special BFA flying Mount. One important thing is leveling your reputation to “Revered” (Unshackled for Horde, Ankoan for Alliance, and Rustbolt Resistance for two fractions). With Foxstore you will enjoy the ability to fly: all requirements that are needed will be fulfilled by us, and then you can easily fly by air.

Once your reputation got better, you may get a significant reward for your loyalty. Also, in case you win in the 3rd season of the BFA Mythic+ dungeons passage, then there are a lot of achievements and rewards for you!

The patch has also some changes for the BFA Arena Coaching (both new Arena and a Battleground will be erected in the Mechagon zone). As for Warfronts: they will now have the heroic difficulty level that guarantees much better rewards. It is not a whole list of things which players can see in the game with new World of Warcraft: Rise of Azshara. With this, the game becomes expanded with cool features and makes the process more interesting. Depending on players’ request, Foxstore will suggest the most suitable service at a really affordable price. If you want to get to know more details, contact our managers using LiveChat or Skype.

The most expected content update of Rise of Azshara is creating a new 4th large raid of the last WoW expansion Battle for Azeroth. Warriors will not let Queen Azshara, Empress of Nazjatar, conquer the world. This raid will have 3 various difficulty levels: Normal, Heroic, Mythic. Players will deal with 8 bosses having their own history, skills and mechanics. The last Boss is the most difficult one for any team fight with which will stay in your memory for a long time. It is a strong Queen Azshara with her ally.

If you want to read more info about these services, you can go into the appropriate pages.