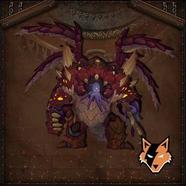 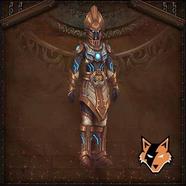 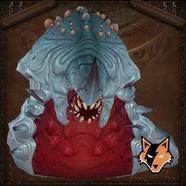 At normal Uldir raid, level of items, that drop is 355-390+. Meanwhile fight champions will be together with Thrall, who will come back to us after the rest and get Vol'Jin's ash to talk with his soul. Vol'Jin was killed by the fel, as Warchief of the Horde(before Sylvanas took this place) and probably will help to win the fights against evil creatures of the Void, since now old soul of the troll is on native land of Zandalari.

Foxstore will do Uldir normal boost since 05 of September 2018 on EU servers and 04 - on US same as Heroic Uldir boost. Whole raid instance looks familiar because of the structure from Vanila raids just with new horror landscape. Last boss is G'huun and you are not able to get inside his lair until previous 7 bosses will be killed. 8 bosses(most of them are servants of the Old Gods) - evil, that is trying to escape the locked location to corrupt Azeroth with the plague and its creators - titans. G'huun corrupted mind of blood trolls in Nazmir - it became horror location of his lair. Whole empire of king Rastakhan is at great dangerous and heroes can help them.
There is not just G'huun normal kill available on Foxstore.pro. Here you can buy Uldir carry run with additional options for loot and more!