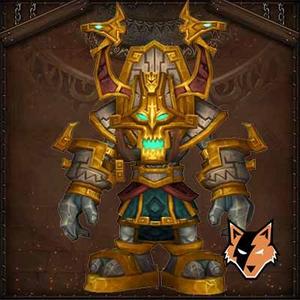 WoW Mythic + instances have become one of the fastest ways to obtain gear. After order team of 4 players will invite you to organize 5-men static and start order. Members of group have enough equipment to finish zone with own efforts, but customer should take part in the process to loot the chest after last boss. On Foxstore You may buy mythic plus dungeons boost run in World of Warcraft to increase item level of character and prepare for new BFA raids at any time that you wish.

Keystone ranks and quantity of affixes:

Do not wait, until someone will get your place! To be best in bfa buy mythic+ dungeons boost now and be happy owner of Achievements and PvE Gear.

Thank's for the amazing boost
Danny
I'm glad that I've found this site. With a help of this company, I've reached much-needed results. Thank you for the boost. Would d...
Gor Chill
Чил
Amazing seller !!! Highly recommended !!!! Goes above and beyond !
Done in the same day
Lina Moroz
Done in the same day. Flawless run. Highly recommended.
Good comms
Tom Sauer
Good comms, fast delivery
Fast service even if I didn't dr...
Alex Denver
Fast service even if I didn't drop anything.
Thank you for you fast…
Piter
Thank you for you fast service.(leveling my 3 toons) I will come back again for more services
×