Crucible of Storms (CoS) heroic boost 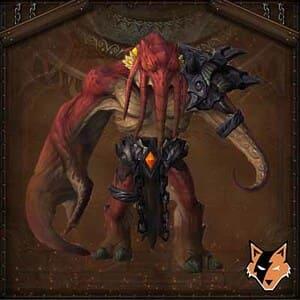 What is Crucible of Storms Heroic Boost?

Crucible of Storms Heroic Boost is located in the third Alliance zone — Storm song. It is the second chapter of challenge after Shrine of the Storms dungeon with own features. First difference is in quantity of people which can be inside the instance in same time and it is not limited with 5 heroes. However, champions will meet much stronger enemies. Random groups has lower chances on success, so once you decided to finish raid without good team — prepare for wipes. But characters of 120 level can Buy CoS Heroic Boost on Foxstore and get full run in 2-3 hours.

How to Buy Crucible of Storms Heroic Carry?

Surprisingly fast Mythic.
Markus
Surprisingly fast Mythic.
I like this promotion
Sergei
I like this promotion! Thank you!
Thanks for leveling
Warmonger777
Thanks for leveling
Done in the same day
Lina Moroz
Done in the same day. Flawless run. Highly recommended.
SSmooth and fast boost
Ernest Denvar
SSmooth and fast boost, live streaming with professional players++++++++++++
Played with druid
Dzhozef Merritt
Played with druid - selfplay 2v2 boost. In 1 hour got 472 rating, will play surely more times
×